Nothing new under the sun! High speculation and little stability have always created a bubble. Are we on the brink of one? While the world rushes towards cryptocurrency as, “the next best thing” I have taken a step back to understand what is currency in the first place and what drives its intrinsic value. “Currency is a medium of exchange for goods and services.” (Investopedia). It has never been the number figure on a currency note nor the charming portrait of Benjamin Franklin gracing the hundred-dollar bill. People have been treating cryptocurrency like virtual gold- an asset that generates income; however, that is far from reality and is against very nature of currency. Currency is a medium for exchange, trade and bartering. Personally, Cryptocurrency has become a buzzword for a non-productive asset that has derived its value from speculation. Unfortunately, crypto convos always turn polarizing and if you’re anti-crypto then you may be labelled in the pro-fiat camp. So unfortunately, I need to state: Fiat is bad, and crypto currently isn’t the right substitute. And no, having a futile lesser of two evils argument will only stand for comedy and humor. Yes, crypto has smart contracts, there is blockchain, there is tremendous upside and potential in the future but in its very current state, we are on the brink of an upcoming bubble in the name of technology. There are several flaws that I think are intentionally kept peripheral but will come to the limelight later in hindsight which will then strengthen the fiat system and the role of the federal reserve.

Personally, I see cryptocurrency is as successful as its speculation. Currently, there are more than ten thousand cryptocurrencies fabricated into existence.  Although most are created with the same concept in mind of blockchain and decentralization, only one seems to be marketed as the cryptocurrency that will withstand the test of time- Bitcoin. But what is one bitcoin worth? Is it a cup of coffee or is it a car? Sadly, its neither and both at the same time. It depends on the time frame in which one “uses” the bitcoin. Additionally, one cannot loan a bitcoin, because no one really knows what the bitcoin is worth for the term of the loan.

The success of fiat currencies has been related to its store value, fungibility, and being a medium of deferred payment to save it for a day, a year, or ten years.  Cryptocurrencies are fundamentally not scarce; it’s strictly coded to be scarce.  The anonymous creator(s) of Bitcoin decided to make twenty-one million bitcoins, but intrinsically its valueless. It derives its intrinsic value from a concept called, “the greater fool theory” where one can make money by buying overvalued assets and selling them for a profit later, because there will be someone who is willing to pay a higher price. If we examine how much NASDAQ market cap is currently being erased with the current decline its $7.6 trillion, during the dot-com bubble it was $ 4.6 trillion, during the 2008 economic crisis it was $ 2.3 trillion; so, if crashes happen in fed and treasury backed capital markets, then there should be no surprises when anti-fed digital-speculative-currency crashes and perhaps later halt to zero.

Historically, high speculation and little stability has created economic bubbles. Personally, Cryptocurrency reminisces The Dot-Come bubble.  In the early 2000s there were speculative investments in internet companies being sold irrationally, and now cryptocurrency is a speculative digital currency, attained to generate a profit with little rationality. If we analyse the peaks and troughs of cryptocurrencies, we often see that we may be on the brink of an upcoming bubble in the name of technology.

How can we move forward?  Education.

On the flipside, Cryptocurrency may become a currency of the internet, a unified global currency that allows access to more people in an expedited form. Fiat currencies are full of drawbacks that we have grown numb to fathom, as they are speculative, prone to inflation and no longer backed by a commodity like gold. However, the adoption of cryptocurrency will come off the back of education, meaningful scarcity, and regulations to embrace the technology in a non-speculative and volatile way to only then generate a fiat-currency-backed profit. 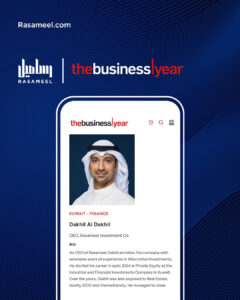 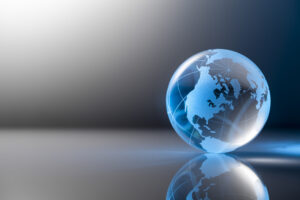 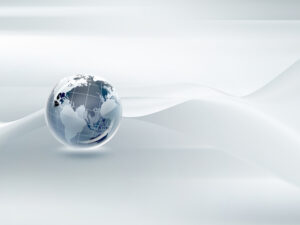