“Capital”: the recovery of global markets amid a change in Powell’s tone and a truce in the trade war

And global markets recovered amid a noticeable change in the tone of the US Federal Reserve Chairman Jerome Powell, in addition to reports about a temporary truce in the trade war between the United States and China, after the two sides agreed during the meeting of the American and Chinese presidents on the sidelines of the G20 summit in Argentina, On the freezing of the imposition of tariffs and tariffs, which are all factors that contributed to supporting the upward trend of the markets this week.

In the United States, according to the weekly report issued by the Rasmil Investment Company, the stock markets ended last week’s trading with a good rise, after the S & P500 index achieved a gain of 4.8%, while the Dow Jones Industrial Average managed to rise by 5.16%. Percent, and the Nasdaq index gained 5.6 percent.

These positive gains, achieved by stock indices, came against the backdrop of a noticeable change in the tone of Powell, who had mentioned in previous statements that current interest rates are still far from neutral rates. This talk suggested to the investors that the “Fed” is strict about the economy, and they are the investors who have been investing clearly during the last period in defensive stocks in anticipation of the continuous increases in interest rates.

At this time, some economic data was published as the macroeconomic data was somewhat disturbing, although personal income and spending were higher than expectations. However, the president of the US Federal Reserve changed his tone regarding this matter, as he saw in statements that the current level of interest rates is close to the neutral level, which is considered an indication that the “Federal Reserve” will be more adaptive in terms of its policies in order to support the economy.

In addition, during the weekend, reports indicated that the United States and China reached during the G20 summit an armistice agreement in the field of the ongoing trade war between the two largest economies in the world. Reports indicated that US Presidents Donald Trump and Chinese President Xi Jinping agreed, during their meeting on the sidelines of the summit, not to impose any new customs duties, and to work and negotiate to reach an agreement on trade relations between them.

This is seen as a breakthrough in the negotiations of trade talks, as the agreement requires the United States to postpone imposing duties and tariffs for a period of 90 days and the initial approval by China to buy more agricultural products from the United States in order to achieve a balance in the trade balance between the two countries.

In the event that this delay leads to an agreement within 90 days, the global markets in general and the US markets in particular will start the trend towards achieving gains, especially since the performance of stock markets this year was greatly affected by the background of trade disputes.

In Europe, the performance of both the Stoxx 50 and Stoxx 600 index was below the performance achieved by the MSCI Global Market Index over the past week, after the two indices rose by 1.49 percent and 0.99 percent, respectively. In Britain, the FTSE index rose by only 0.39 percent, after the London Stock Exchange suffered fluctuations, against the backdrop of reports that indicated the European Union’s approval of the Brexit plan presented by British Prime Minister Theresa May. The volatility in the UK financial markets came as they were affected by the reports on the Brexit plan, comments received from the Union and the local political situation.

After the European Union approved the British exit plan, its passage now depends on the approval of the British House of Commons in the vote expected on 11 this month. 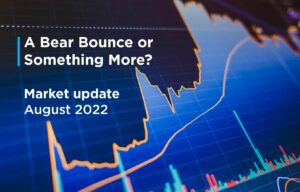 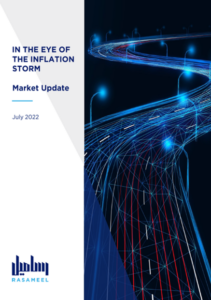 Market Update: The Eye of the Inflation Storm 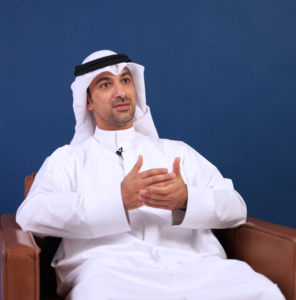